10 Best Animated Movies 2018 That Are Perfect For Kids

Animated movies have brought in a revolution in the cartoon industry. They have successfully managed to bring out the characters to life and provide an incredible visual experience through their fantastic storyline and its portrayal. These movies are the best-animated movies in 2018, not just for kids anymore, but they have been praised by many adults as well.
In this article, we shall discuss some of the best-animated movies of 2018 that have put an indelible mark on us. IMDb Rating: 7.1/10
This is one of the best-animated movies 2018, based on John C Reilly’s video game villain. This storyline portrays Wreck-it Ralph and his sidekick Vanellope who venture out of the zone of their arcade in search of a replacement for the Vanellope’s destroyed game. For online shopping, they log in to the internet where they experience a wild world, unlike the one that has experienced to date. 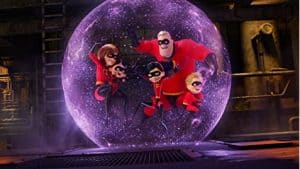 IMDb Rating: 7.7/10
Incredible two is one of the best-animated movies of all time that is loved by the kids as well as adults. The story is super amazing and exciting, which reunites the Parr family, whose members are secret superheroes. Though illegal, they are given the task to save the world. Elastigirl, Mr. Incredible’s wife is secretly assigned a corporate sponsorship to continue saving the world. In the meantime, Mr.Incredible is bound to take care of the kids at home, who later find it quite challenging to take care of his son, who is growing with superpowers. 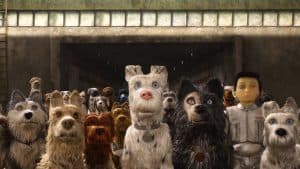 IMDb Rating: 7.9/10
One of the best-animated movies, Isle of Dogs, is a plot that revolves around the life of a young Japanese boy named Atari.Atari take up a journey to reunite with his canine best friend who belongs to the Trash Land, wherein the evil mayor made all the dogs of the territory vanish. The movie is shown in the most precisely aesthetic way and is packed with a sense of humor and thrilling adventure to give the kids as well as the adults the best experience of animation movies. This movie succeeded in capturing the precise and best animation.

Mary And The Witch’s Flower 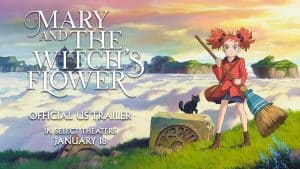 IMDb Rating: 6.8/10
Mary and the Witch’s Flower is one of the best-animated movies 2018and is the first feature from Studio Ponoc. This story revolves around the life of a young girl who never had any adventures or friends in her life. One day she tends to follow a cat through a forest where she comes across a flower blooming tree that is known to thrive once in seven years. The flower that she plucks from the tree gives her extraordinary powers within no time. This is the beginning of the series of adventures that she experiences subsequently in the movie. The story is full of imagination. It is a visual treat to both the kids as well as the adults. 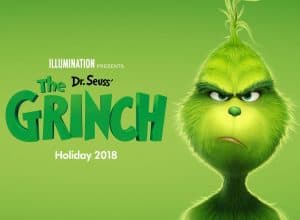 IMDb Rating: 6.3/10
This movie is considered as one of the best-animated movies 2018and is a typical holiday classic by Dr. Seuss.  The story is basically about a scrooge who is all ready to steal and ruin the Christmas of the people of Whoville, but later has his mind changed when he meets this young girl who has a generous holiday spirit. This movie brings about the idea of optimism and generosity. Kids who watch this movie will benefit since it has a strong portrayal of enjoying the festivities and always being optimistic in life. Such movies with moral values as well as fun and entertaining are always a treat to watch. IMDb Rating: 6.1/10
Early Man is another extremely well-directed movie that is one of the best-animated movies in2017as well as 2018. Nick Park directs it. Through this movie, he has brought about his amazing skills to stop motion animation along with a punch of humor. This story is a historic cartoon wherein a tribe of cavemen faces a match after inventing the game of football. 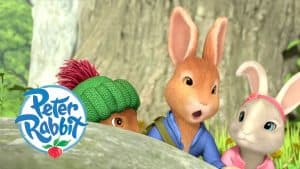 IMDb Rating: 6.5/10
One of the most exceptionally well-executed animated movies, Peter Rabbit, is filled with live-action and animated hybrid. This movie is about a rabbit who leads his bunch of sisters to face the ongoing war against Mr. Gregor. IMDb Rating: 6.3/10
This is a super exciting movie wherein a bunch of monsters set off on an exotic cruise wherein the Dracula declares himself as the captain of the ship. This movie is loved by the kids as well as the adults and is a treat to watch. IMDb Rating: 7/10
Mirai is a children’s movie about Kun, a four-year-old boy who becomes incredibly jealous of his little sister Mirai as his parents get more involved with his sister. After getting annoyed, sad, and crying and yelling for attention, he took off several time travels.  Kun gets to meet alternative timeline versions of his family members, including the older version of his little sister, which changed everything. This magical sibling adventure portrays the significance of family ties.

Spider-Man: Into The Spider-Verse IMDb Rating: 8.4/10
This animated superhero film features the marvel comics character Miles Morales aka Spider-Man. This superhero adventure is equally appealing to adults and children of all ages. Thus, this makes a great family movie.   Spider-Verse is one of the greatest animated movies of 2018, with brilliant storytelling, visual effects, animation, and a great illustration of racial characters.