Is Citalopram Safe During Pregnancy?

The news of pregnancy is a bundle of joy and as well as a package of complications. Many pregnant women suffer from anxiety and depression during their nine months journey. It is here, the doctor prescribes Citalopram, which is of great help to ease the discomfort of pregnant women. But, how safe is the usage of Citalopram, which is also famous by the name “happy pills” during pregnancy? This blog will clear all your doubts. 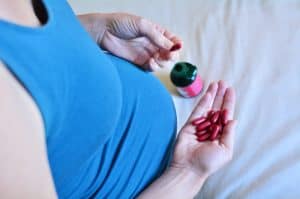 What Is Citalopram (Celexa)?

Citalopram is the most commonly used anti-depressant, which is normally used to treat depression. It is an SSRI drug. Depending on the severity of the issue, for the sake of quick relief, sometimes this drug is injected. Celexa (a common brand name of citalopram) is prescribed all over the world.  It is evaluated as one of the top three antidepressants prescribed worldwide.

Dosage Of Citalopram during pregnancy:

Based on the condition of pregnant women, this is suggested in 20-60mg dosages. More often, it all relies on the health condition of the mother and how far the pregnancy has progressed. However, more often, the doctor limits it below 40 mg for the reason that if the amount surpasses this, the risk of contracting heart problems increases.

Is Citalopram Safe During Pregnancy?

The answer to this question extremely depends on the individual condition of pregnant women. If you calculate the risk that incurs for the baby and the mother because of the depression is much more, then the doctors prescribe them to use this.
Doctors suggest this antidepressant based on various other factors. Few of them include the trimester of the pregnancy. There are a few cases where taking citalopram is a must for the health of the fetus and the mother. In this regard, there is no other way to escape at any instance.

Side Effects Of Citalopram During Pregnancy:

There are certain side effects which pregnant ladies encounter while using this citalopram. In these cases, ensure that you are seeking the assistance of the doctor to get things normal. Few of the side effects include:

If I Took Citalopram During My Entire Pregnancy, Will It Cause Withdrawal Symptoms In My Baby?

Taking Citalopram during the third trimester can bring about certain issues that can be counted as withdrawal symptoms. The newborn may develop breathing issues, the problem with sleeping, restlessness, increased muscle tone, tremors, and difficulty feeding. Usually, these symptoms are mild and disappear within a couple of weeks. So far, the long term effect of this drug on the behavior and development of the child is not reported.

Stages Of Damage From Citalopram During Pregnancy:

Risks Of Taking Citalopram During Pregnancy:

While the mothers are on the course of Citalopram, the following are the risks which they must cope with:

In spite of being good in the treatment of depression, citalopram is a powerful drug that can adversely affect your health and pregnancy if not administered properly. Therefore,

Stop getting shocked, and just don’t conclude that you shouldn’t take citalopram at any cost. Even though there are many side effects, as mentioned above, it usually happens when the dosage went wrong. Therefore, follow the dosage strictly as prescribed by the doctor. The doctors usually never prefer to give antidepressants to pregnant women. It always depends on the severity of the condition and its effects on the health of the pregnant woman. All this helps you to stay prepared and have a smooth and comfortable pregnancy period.