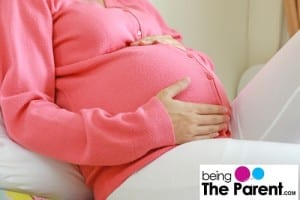 It is really difficult to figure out if eating fish is safe in pregnancy or not. There are varieties of fish available in the market that has certain ingredients present in them, which are critical for the growth and development of baby. Although fish is a rich source of Omega-3 fatty acids, which is quite significant in healthy development, of baby’s eyes and brain, however, some variety of fish contain mercury that can act detrimental to the baby’s nervous system and brain.
Bad Effects of fish enriched in mercury on you
All fish have mercury in them and it is still not clear as to how much mercury is safe during pregnancy – but many experts advice that a pregnant woman must negate the consumption of fish that are rich in mercury.
Predators and ocean fish have high content of mercury, since they eat other fish which also have mercury. If you have a fish which has a considerable coating of methylmecury, your body is likely to ingest this harmful contaminant from fish, which passes your placenta when you are pregnant – straight to the fetus. Fish that are a product of dirty lakes or rivers have a chemical called PCB, which is definitely not something to feed a baby or a fetus. It exercises a bad consequence on your baby’s brain development, intellectual skills, language, vision power and nervous system.
Avoid sharks, king mackerel, swordfish, fresh tuna, sea bass, tile fish, grouper and fish from contaminated water.
Safe choices would be wild salmon, shrimp, catfish, tilapia, sole, flounder, haddock, halibut, cod, trout, perch and Pollack.
Restrict Eating Fish Completely- Not a Good Idea
You can limit the quantum of fish consumption but dropping down the idea of completely leaving it would not be smart choice. Fish comes with a couple of benefits and nutrition necessary for a pregnant woman which if avoided might keep your baby deprived of those healthy nutrients. High in proteins, vitamin D and other nutrients, fish act as a healthy package for you and your baby. It has been strongly believed that the advantages of eating fish can overpower the risks related to its harmful effects.
Mercury if consumed in low levels will not have a hazardous impact on you but avoiding fish as a whole might let you miss out on Omega-3 fatty acids that are essential for baby’s growth and vision.
As per a Danish Study, It was observed that mothers who had eaten large amount of fish during their pregnancy were fortunate to witness their children’s better motor and cognitive skills at 6 and 18 months than those who had consumed lesser fish. The Lowest development index followed the mothers who have had least fish.
Fish have more pros over cons and so should not be avoided as pros overshadow cons and provide your baby some healthy nutrients essential for her growth and development.